In horology, a movement is the internal mechanism of a clock or watch, as opposed to the case, which encloses and protects the movement, and the face which displays the time. The term originated with mechanical timepieces, whose clockwork movements are made of many moving parts. It is less frequently applied to modern electronic or quartz timepieces, where the word module is often used instead. 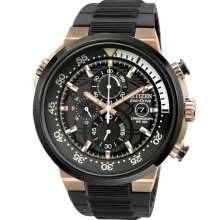 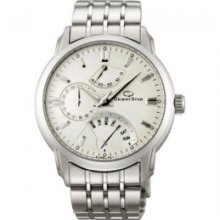 In modern mass-produced clocks and watches, the same movement is often inserted into many different styles of case. When buying a quality pocket watch from the mid-19th to the mid-20th century, for example, the customer would select movement and case individually. Mechanical movements get dirty and the lubricants dry up, so they must periodically be disassembled, cleaned, and lubricated. One source recommends servicing intervals of: 3–5 years for watches, 15–20 years for grandfather clocks, 10–15 years for wall or mantel clocks, 15–20 years for anniversary clocks, and 7 years for cuckoo clocks, with the longer intervals applying to antique timepieces.

Modern watches can be divided into 3 categories based on its movement type:

Quartz Watch
A quartz watch is a watch that uses an electronic oscillator that is regulated by a quartz crystal to keep time. This crystal oscillator creates a signal with very precise frequency, so that quartz watch are at least an order of magnitude more accurate than mechanical watch. Generally, some form of digital logic counts the cycles of this signal and provides a numeric time display, usually in units of hours, minutes, and seconds. The first quartz clock was built in 1927 by Warren Marrison and J.W. Horton at Bell Telephone Laboratories. Since the 1980s when the advent of solid state digital electronics allowed them to be made compact and inexpensive, quartz timekeepers have become the world's most widely-used timekeeping technology, used in most clocks and watches, as well as computers and other appliances that keep time.

Chronograph Watch
A chronograph is a specific type of watch that is used as a stopwatch combined with a display watch. A basic chronograph has an independent sweep second hand; it can be started, stopped, and returned to zero by successive pressure on the stem. Louis Moinet invented the chronograph in 1816.

Most chronographs are extremely complicated devices, which require a lot of background in engineering to fully understand how they work but this is not the case with the original chronograph. Rieussec’s chronograph was fairly simple and easy to understand. It was composed of two faces, a top and bottom face. The bottom face held a pool of ink, while the upper had a pen-like needle attached to it. When activated, the upper face pushed down on the lower face, while revolving around a central axis, which pulled the needle. This dragged the ink, in a circular fashion, recording the time elapsed by the line of ink that the motion created. There was room left for improvement, because Rieussec’s chronograph was not easily ready for multiple uses.

This paved the way for the hundreds of patents that have been handed out to people for updating and upgrading this device. Automatic, non-digital chronographs do not require a battery, because the arm or wrist of the wearer creates kinetic energy, which results in the total energy source needed for this device to work. Throughout the day, while the wearer of the watch is walking, the swinging motion of his arm forces a semicircular rotor to turn on a pivot within the watch. The rotor is attached to a ratchet that winds the mainspring in the watch, so that it is ready for use at all times.

The modern day chronograph works by pushing a start button, normally located at the two o clock position, to begin recording time, and by pushing the same button to stop the recording. When the button is pushed to start the recording, a series of three (in more complicated and more precise chronographs there are more wheels) train wheels start turning. The smallest has a revolution time of one second, the next sixty seconds, and the final one has a revolution time of sixty minutes. The three train wheels interact with one another and record how long it has been since the start button has been activated.