Watches from variety of materials are available today. Which materials to choose for your watch depend on the purpose for which you intend to use it. The material should also match your fashion style. You'll also want to consider how much you want to spend on a timepiece. Here is the list of common materials widely used today: 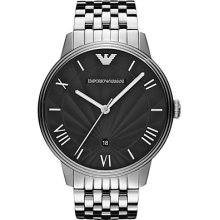 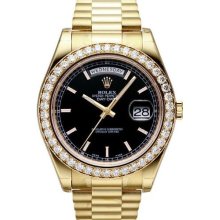 Platinum is the most precious of metals, and while it looks similar to white gold, it weighs more than half as much again, so it’s instantly recognisable. Identified by Spanish explorer Antonio de Ulloa in 1748, its name comes from platina del Pinto, or “little silver of the Pinto”, a river in Colombia. It is extremely rare — all the platinum ever mined would fit into the average living room — and it takes five months and about 10 tonnes of ore to produce 28g of pure metal.

It is extremely rare — all the platinum ever mined would fit into the average living room.

Titanium was discovered in 1791 by amateur geologist William Gregor in England. Named after the Titans, the mighty giant deities of Greek mythology, it is resistant to corrosion and — weighing half as much as stainless steel — is very strong.

It’s often used in sports watches or in large styles that would otherwise be too heavy for your wrist. Titanium conducts heat well, so is comfortable to wear, but can scratch fairly easily so is often coated with other materials to make it more durable.

Silver is rarely used in watches as it marks easily, but Italian brand U-Boat uses this to great effect in the Flightdeck CA925 chronograph, which relies on that to give it a vintage feel. Similarly, Panerai has launched the Luminor Submersible PAM 382 in bronze, which is resistant to saltwater corrosion. And on the subject of sea water, Romain Jerome blended metal recovered from the Titanic with stainless steel for its Titanic-DNA range. Some models come ready rusted, though more through oxidisation in a Swiss factory than the north Atlantic.

‘Titanic-DNA’ watch, from $14,900, by Romain Jerome, available at Vendome Woollahra.

Timepieces were traditionally made from precious metal, usually gold. Different colours of gold have been in fashion over the centuries. For the past decade, rose gold, also known as red or pink gold, has been the most popular.